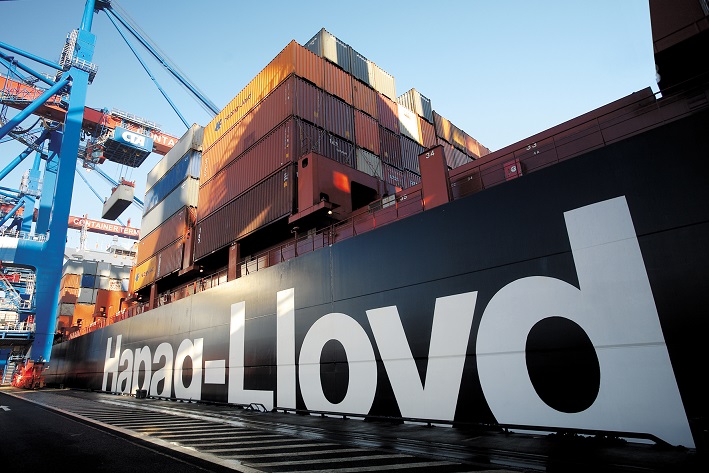 After the first nine months of the year, revenues stand at EUR 8.4 billion (9M 2017: EUR 7.3 billion). Significantly contributing to this development in revenues was a 27 percent increase in transport volume, which rose to 8,900 TTEU in the nine-month period (9M 2017: 7,029 TTEU). This increase especially resulted from the merger with United Arab Shipping Company Ltd. (UASC). The average freight rate decreased to 1,032 USD/TEU, which is below the prior-year level (9M 2017: 1,068 USD/TEU). On a pro forma basis and when compared to the combined business of Hapag-Lloyd and UASC in the nine-month period, the transport volume is up 5.5 percent and the average freight rate is up 1.4 percent. Bunker prices rose by USD 95/tonne in the first nine months 2018 compared to the respective period of the previous year and could not be fully offset by freight-rate increases in the third quarter. A weaker average US dollar exchange rate against the euro and significant upwards pressure on the operational costs were partly offset by synergies coming from the business combination with UASC and other saving measures.

“We have seen a positive development in the third quarter and also ended on a positive group net result after nine months. Higher transport volumes, a better utilisation of our ships and the synergies from the recent merger with UASC have enabled us to partially offset rising operational costs. In addition, the average freight rate improved during the peak season in important trades. Despite the persistent upwards pressure on the operational costs in various parts of our business, we remain cautiously optimistic for the rest of the year,” said Rolf Habben Jansen, CEO of Hapag-Lloyd.

The developments in fuel costs and freight rates are in line with the forecast for 2018 as a whole, which was adjusted on 29 June 2018. This forecast remains unchanged and lies within a range of EUR 200 to 450 million for the EBIT and within a target corridor of EUR 900 to 1,150 million for the EBITDA. Based on the positive development we have seen in the third quarter of 2018, EBIT and EBITDA are expected to be in the upper part of these ranges for the 2018 full financial year.