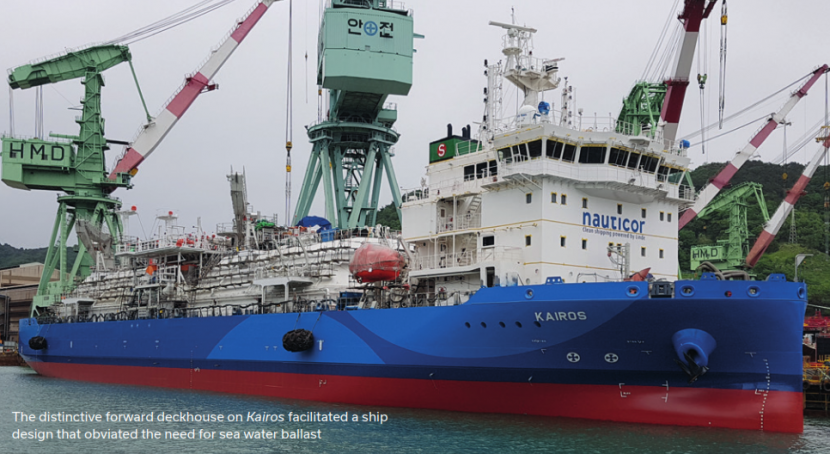 This follows the agreement between PLL and Uranos Vermögensverwaltungs GmbH & Co. KG, a joint venture company of Bernhard Schulte and Babcock International.

The LNG reload operation into the world’s largest LNG Bunker Vessel (LBV), Kairos with a capacity of 7,500 m3 took place at the RGTP jetty. Kairos departed from Hyundai Mipo Dockyard, Ulsan, South Korea, and received the LNG suppy from PLL, enroute to Europe.

PETRONAS Chief Executive Officer of PLL Ezhar Yazid Jaafar said: “We believe that small-scale LNG opportunities will increase from the utilisation of alternative cleaner fuel such as LNG. The new regulation of 0.5% Global Sulphur Cap to be imposed by the International Maritime Organisation (IMO) in January 2020, will make LNG the alternative fuel of choice for the shipping industry.”

The flexibility of RGTP in reload operation and the ability to also receive small scale LNG ships, positions PETRONAS as among the front runners in the LNG bunkering segment to meet the changing landscape of the marine fuel market.

The first LNG reload operation reaffirms PETRONAS’ role in spurring the growth of LNG bunkering in the region.

The success of the reload operation at RGTP is a result of close collaboration among all PETRONAS units including PETRONAS Gas Berhad, Pengerang LNG (Two) Sdn. Bhd. and other key stakeholders such as the Marine Department of Malaysia, Johor Port Authority and Johor Port Berhad.