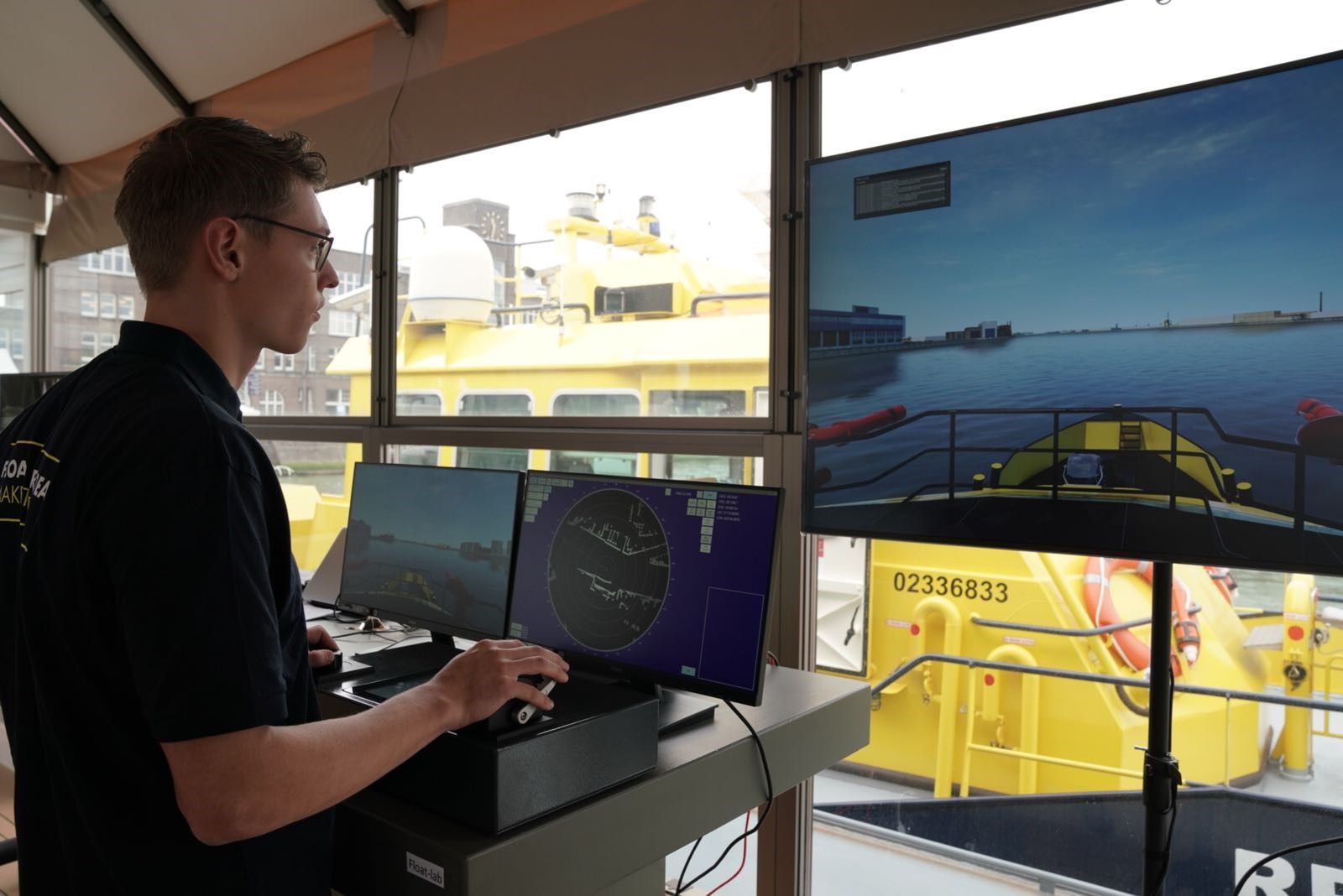 By making these data available to the business community and education, further research can be conducted into the introduction of autonomous navigation and the Port of Rotterdam can make further preparations for this. The first partnership for data exchange from the floating lab has now been signed with Captain AI. They are adding artificial intelligence to the data, which enables computers to be trained as artificial captains to navigate independently through the port.

Artificial captain
The Port of Rotterdam Authority has signed a partnership agreement with Captain AI. This start-up in software development is adding artificial intelligence to the data that is obtained from the floating lab. ‘In this way, we can teach computers to navigate independently through the port and we can train the first artificial captains,’ stated Vincent Wegener from Captain AI.

Floating lab
The Port of Rotterdam Authority has equipped a former patrol vessel (RPA3), the so-called floating lab, with cameras, sensors and measurement equipment. In this way data is obtained about weather and water conditions and about the vessel’s operation, power and engine.
As well as autonomous navigation, the floating lab will test other applications. The use of cameras will be tested, for example for automatic inspection of quay walls or detection of objects in the water. The combination of sensors on the water with land-based sensors to develop a network and smart infrastructure will also be investigated.