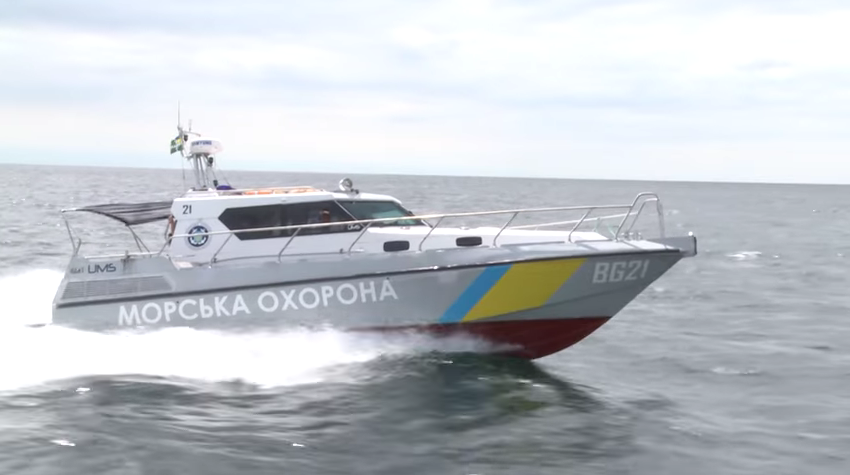 Minister of Foreign Affairs of Ukraine Pavlo Klimkin emphasizes that the Sea of Azov politically and legally, with the help of the international community, should be recognized as an international space in opposition to Russian manipulations regarding “inland waters.” Ukraine’s top diplomat on the air of one of the all-Ukrainian TV channels has stated that he does not share the view that Russia by blocking the Sea of Azov is gradually preparing to seize the land route leading to the Crimean peninsula it has already seized from Ukraine. In particular, he said that the Ukrainian authorities had assumed that Russia would hinder the access of merchant vessels to Ukrainian ports in the Azov Sea. “We assumed such developments… We knew perfectly well that Russia would start a controlled escalation and start raising rates, “Klimkin said. “We are trying to focus our partners now so that politically and legally, the Sea of Azov is recognized as an ordinary territorial sea in opposition to those manipulations and speculations,” Klimkin said.

He called a fundamental mistake that the delimitation of the state border line between Ukraine and Russia had not been carried out in the Azov Sea earlier. “Regarding the sea border, we will first deal with our arbitration lawsuit under the Convention on the Law of the Sea, get clear legal conclusions, and then we will work in line with the logic of an ordinary, normal territorial sea, where both the Sea of Azov and the Kerch Strait represent international space. And we’re working on it now,” Klimkin stressed. The Foreign Minister also said that Ukraine’s actions should not be focused exclusively on politics, security, or legal issues. “Only a combination of everything will work,” the minister said. In this regard, he said that the military presence along the coast is important. “Anti-landing efforts and further presence in the Sea of Azov. We must develop this. Without this, of course, we won’t win,” Klimkin said. According to the foreign minister, Ukraine’s friends and partners have an understanding of the situation around the Sea of Azov. At the same time, he again noted the legal actions of Ukraine related to the arbitration lawsuit against Russia. “Since we have to win it, everything will be very clear there about what Russia is doing – a legal definition, and most importantly, Russia is then to repay damage,” Klimkin added.

As UNIAN reported, from the second half of April, Russian border guards began stopping for inspection foreign vessels navigating to/from Ukrainian ports. The State Border Service notes that Ukraine has been a hostage to the situation since 2004, namely, to the Agreement on Cooperation between Ukraine and the Russian Federation in the Sea of Azov and the Kerch Strait, which defines the Azov Sea as a sea of internal use of the two states. Thus, both Russian and Ukrainian border guards are entitled to inspect vessels, which, in their opinion, cause suspicion. Secretary of the National Security and Defense Council of Ukraine Oleksandr Turchynov stated that the military and political leadership of the Russian Federation regards the Azov-Black Sea region as an important springboard for further expansion. In addition, Ukrainian President Petro Poroshenko said he expected to see support of international partners in tightening pressure on the Russian Federation to lift the Russian blockade in the Sea of Azov. The Ukrainian Navy command stated that Russian aggression in the Black and Azov Seas is today’s reality, and promulgated a strategy for the development of the Ukrainian Navy until 2035, which will allow repelling the actions of the Russian Federation.

Poroshenko instructed to prepare a meeting of the National Security and Defense Council on the situation in the Sea of Azov. The commander of the Naval Forces, Admiral Ihor Voronchenko, said that in the near future it was planned to increase Ukraine’s naval grouping, the number of marines and artillery forces in the Azov direction. UNIAN memo. Russia and Ukraine in December 2003 signed the Treaty of Cooperation in the use of the Sea of Azov and the Kerch Strait. However, the issue of its joint use has not yet been resolved. Kyiv insisted on drawing a line based on the administrative border between the former Soviet Union and the Ukrainian SSR, which is indicated on maps and plans. The Russian side believes that, in accordance with the legislation of the former USSR, the internal waters between the republics of the Union were not delimited.