Investigations on the Harrier tighten as it reaches Turkey for recycling 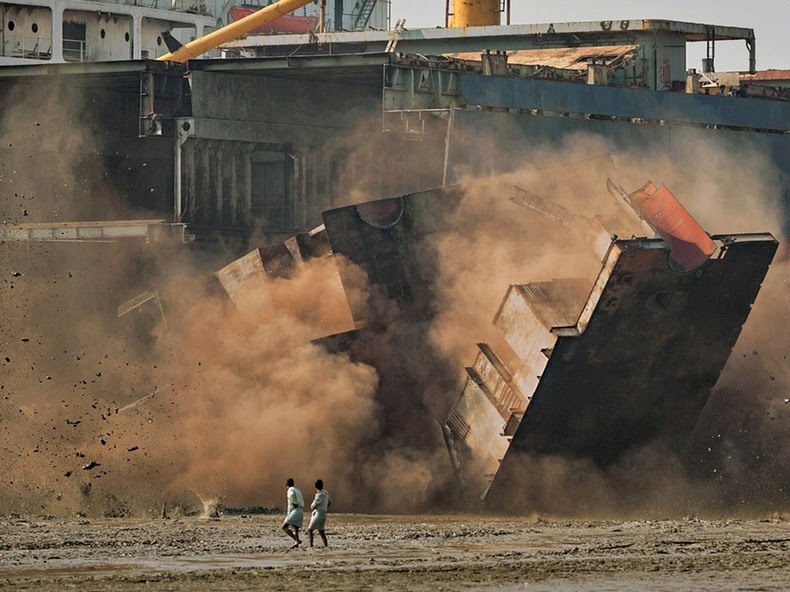 Brussels, 29 August 2018 – Norwegian press DN revealed this summer that Aqualis Offshore and insurance company Skuld Maritime Agency are under investigation for their involvement in the attempt to illegally export the Harrier to Pakistan for scrapping. Aqualis Offshore issued two certificates for the ship – one for a break-up voyage to Pakistan, another for a voyage to Oman – and it is suspected that the latter was issued to dupe Norwegian authorities in order to circumvent the European waste export ban. Skuld Maritime Agency was involved in issuing the last-voyage insurance for the vessel and is therefore being investigated for having aided the illegal export.

The former and current owners of the ship, Georg Eide and cash buyer Wirana, are also targeted in the ongoing investigations, and risk being held criminally liable for their attempt to illegally export the Harrier.

“It is encouraging to see authorities enforce the law on ships destined for recycling. Following also the Seatrade judgement in the Netherlands, the Harrier case is yet another warning to ship owners that selling a vessel for the highest price to a cash buyer is dirty business”, says Ingvild Jenssen, Director of NGO Shipbreaking Platform.

Another owner, Herbjorn Hansson of Nordic American Tankers, is under the spotlight in Norway for having sold eight vessels for beaching. Reactions to these revelations have been strong with the Norwegian Oil Pension Fund as well as the banks DNB and Nordea condemning beaching as a method for breaking ships.

The Norwegian Environment Agency urges ship owners to use facilities that have been approved by the EU for the recycling of their vessels, regardless of the flag of their ship. Its director, Ellen Hambro, states that it is unacceptable to endanger workers’ health and pollute the environment in developing countries for the sake of higher profits.

“We support the statements made by the Norwegian authorities and call also upon other stakeholders in shipping, such as insures and financers, to play their part in putting an end to the dirty and dangerous practice of beaching. Safer and cleaner alternatives exist and ship owners must be pushed towards using these facilities”, Ingvild Jenssen says.

Yesterday the Harrier arrived in Aliaga, Turkey, where it will be recycled in line with the European waste laws. Waste Management company Norsk Gjennvinning will be supervising the process.