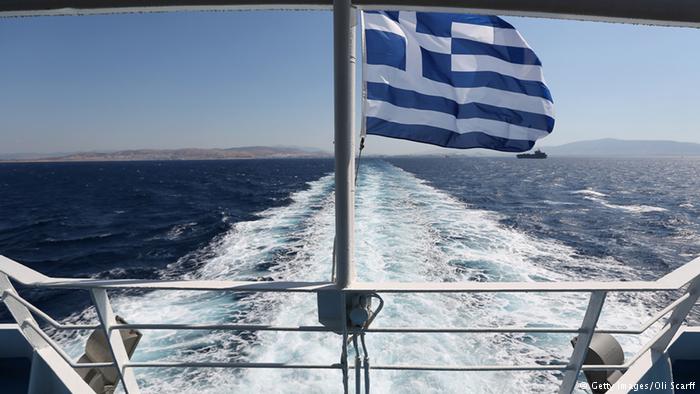 Greece is considering seeking compensation from Turkey for the minor damages caused to the Coast Guard vessel after it was rammed by a Turkish patrol boat near the islets of Imia at around midnight on Monday.

“We are considering whether the Turks will have to pay [for the damage],” he was quoted as telling Greek broadcaster Alpha TV in an interview that will be aired shortly before midnight on Thursday.

Kotzias said he has asked the ministry΄s legal team to examine the issue and if it decides that Greece has the right to ask for compensation, it will do so, according to excerpts from the interview presented by Alpha at its evening newscast. Concerning the incident at Imia, he said Turkey “violates international law and doesn΄t know geography. Of course Imia [islets] are Greek.”

He said Turkey in Imia “reached a red line and in a sense crossed it” and that Greece will not react so peacefully the next time an incident happens.

Kotzias said Turkey is “nervous” because “it is not doing well in Syria, has the front in Iraq open, has closed borders with Armenia, on Cyprus it behaves like a cowboy off the Eastern Mediterranean, because of the exclusive economic zone and the fact that, as it appears, they have found large quantities of natural gas.”

Asked what will happen if tomorrow another Turkish vessel rams again a Greek one at another part of the Aegean, the minister said: “It will not do it again,” adding later that it should not happen. “Turks must hear this because they keep talking about warnings. I have told them that Greece is not Syria or Iraq – and I say this in the good sense for these counties, but I say it in the sense of Turkey΄s behavior. We are an organized state, with good defense, good defense systems, good allies and high diplomatic capacity,” he said, noting however that diplomacy always comes First.

The minister also criticized Turkish President Recep Tayyip Erdogan΄s chief adviser, Yigit Bulut who likened Turkey to a giant and Greece to a fly in terms of military power. “He hasn΄t seen elephants run because they saw a mouse in front of them.”

Asked to comment on FYROM΄s Prime Minister Zoran Zaev΄s statement that three out of seven issues relating to the name row with Greece have been settled, he appeared more reserved. “It is an optimistic statement by Mr. Zaev, but optimism is a positive thing,” he said, adding he would like to be able to share the optimism.