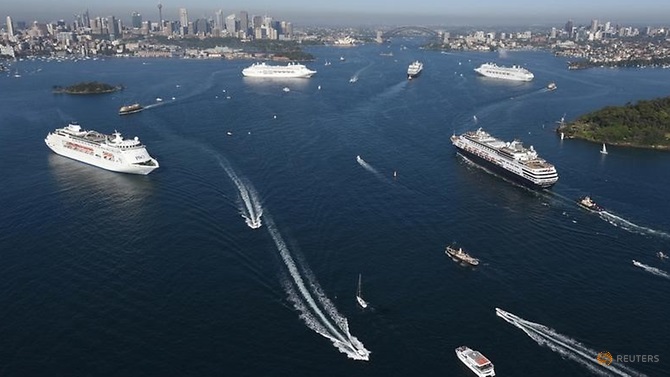 SYDNEY: A cruise ship was forced to return to Sydney after a brawl over a toilet queue, with a Russian woman charged Monday (Feb 12) for allegedly attacking a man with an empty wine bottle.

A fight broke out between several men in the early hours of Sunday morning on the P&O ship as they waited in line to use a bathroom.

“During the fight, a 37-year-old woman, who is the partner of one of the men, allegedly struck a 21-year-old man on the head with an empty wine bottle, causing a laceration,” New South Wales police said.

“Security separated the men and they were detained.”

The ship, which was reportedly on a three-day “Comedy Cruise Gala” voyage in Australian waters, steamed back to Sydney where six men and the woman were removed and met by police.

The men were subsequently released pending further inquiries, while the woman was charged with reckless wounding and affray.

She was granted bail to appear in a Sydney court on Mar 9.