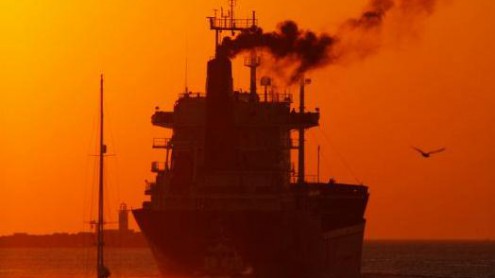 ​In 2018, IMO will celebrate 70 years since the Convention establishing the Organization was adopted.

The World Maritime Day theme for the year is “IMO 70: Our Heritage – Better Shipping for a Better Future”.

This provides the opportunity to take stock and look back, but also to look forward, addressing current and future challenges for maritime transport to maintain a continued and strengthened contribution towards sustainable growth for all.

Events
​A series of activities and events are planned to mark the 70 years since the Convention establishing IMO was adopted in March 1948. They will also look ahead, to the future.

Events will include (further details will be made available in due course):

March 2018 – a ceremony to mark the date when the IMO Convention was adopted will be held at IMO Headquarters.

15 May 2018 – a high level forum will be held at IMO Headquarters to discuss the Organization’s history, its future challenges and role within the global trade in a changing world.

Late September 2018 – World Maritime Day celebrated at IMO Headquarters and around the world.

During 2018 – in conjunction with the International Congress of Maritime Museums a travelling exhibition will tour participating maritime museums.

During 2018 – a photography contest will be held.

Member Governments and international organizations are encouraged to organize events throughout the year to celebrate #IMO70 .

The International Maritime Organization (IMO), known as the Inter-Governmental Maritime Consultative Organization (IMCO) until 1982,[3] is a specialised agency of the United Nations responsible for regulating shipping. The IMO was established in Geneva in 1948[4] and came into force ten years later, meeting for the first time in 1959. Headquartered in London, United Kingdom, the IMO has 173 Member States and three Associate Members.[3] The IMO’s primary purpose is to develop and maintain a comprehensive regulatory framework for shipping and its remit today includes safety, environmental concerns, legal matters, technical co-operation, maritime security and the efficiency of shipping. IMO is governed by an assembly of members and is financially administered by a council of members elected from the assembly. The work of IMO is conducted through five committees and these are supported by technical subcommittees. Other UN organisations may observe the proceedings of the IMO. Observer status is granted to qualified non-governmental organisations. IMO is supported by a permanent secretariat of employees who are representative of the organisation’s members. The secretariat is composed of a Secretary-General who is periodically elected by the assembly, and various divisions such as those for marine safety, environmental protection and a conference section.

Santander is the best performing dry bulk terminal in the world