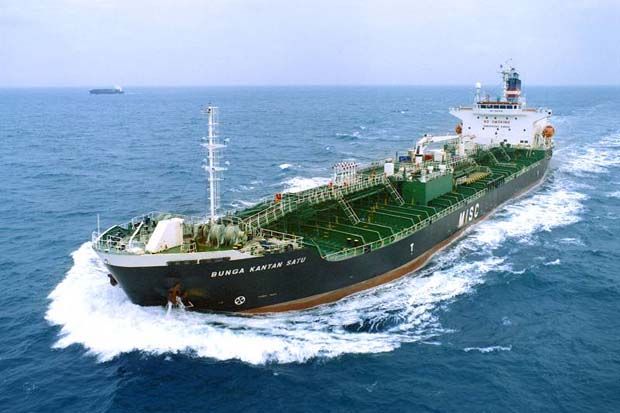 “2017 was a challenging year for the shipping and offshore sectors as growth opportunities were scarce while revenue was under constant pressure from weak freight rates and contract renegotiation risks. However, with a steady rise in oil price over the past two years, we are looking forward to better days and a healthier level of activities for the oil and gas markets in anticipation of a potential revival in investment spending for the global energy sector. With a clear perspective of what we intend to accomplish for our MISC2020 corporate strategy as well as leveraging on our healthy financial position, highly committed workforce and robust business strategies, we are in a strong position to sustain our momentum and create opportunities for growth,” says MISC’s President/Group Chief Executive Officer, Mr. Yee Yang Chien.

Mr. Yee Yang Chien added “2018 marks our 50th year of operations and as the results of the many initiatives undertaken as well as the strong foundation we have laid for transformation, we are poised for a sustained and robust growth. As the market continues to change, our businesses will evolve in order for us to seize the opportunities and address the challenges that lie ahead. MISC will continue to push boundaries as we strive to exceed the expectations of our stakeholders. As one of the Strategic Partners of the Global Maritime Forum, MISC will also play a more prominent role in championing for the transformation agenda and shaping the future of the maritime industry,”

Group Revenue, Operating Profit and Profit Before Tax for the Quarter Ended 31 December 2017

Group revenue for the quarter ended 31 December 2017 of RM2,434.5 million was 3.3% lower than the corresponding quarter’s revenue of RM2,517.5 million. The decrease in Group revenue was mainly due to lower value and number of vessel repairs in Heavy Engineering segment. Additionally, lower earning days for Petroleum segment has further dampened the Group revenue. This decrease however was mitigated by the lease commencement of two new LNG vessels in January 2017 and August 2017 respectively.

Group Revenue, Operating Profit and Profit Before Tax for the Year Ended 31 December 2017

Group revenue for the year ended 31 December 2017 of RM10,037.7 million was 4.6% higher than the corresponding year ended 31 December 2016 revenue of RM9,597.2 million. The increase in revenue was mainly due to the consolidation of GKL beginning May 2016 following completion of 50% of its equity buyback and higher variation works following GKL’s favourable adjudication decision. Furthermore, commencement of the construction revenue from Floating Storage and Offloading Vessel (“FSO”) Benchamas 2, lease commencement of Marginal Marine Production Unit (“MaMPU”) and two new LNG vessels have also contributed to the increase in revenue.

Group profit before tax for the year ended 31 December 2017 of RM2,003.5 million was 28.8% lower than the corresponding year’s profit before tax of RM2,814.0 million mainly due to impairment loss on ships, property, plant and equipment, offshore floating asset and other investment of RM687.5 million. Additionally, the latter included net gain on acquisition of subsidiaries of RM856.2 million, gain on disposal of a subsidiary of RM73.6 million, recognition of intangibles of RM47.5 million and higher share of profit from joint ventures.

The oversupply of tonnage and cut in global oil production by OPEC in 2017 will continue to weigh on the petroleum shipping segment in 2018. However, a smaller orderbook for tankers and robust oil demand projections amidst declining global crude inventory will help improve tanker supply-demand balance.

Similarly, the LNG shipping segment faces an ongoing tonnage oversupply situation and the difficult market will persist in 2018. Lack of short term positive indicators suggests another challenging year. The Group continues to rely on its present portfolio of long term time charters to provide it the stability of profits and cashflow during the year. On a positive note, two additional new LNG carriers will join the fleet in 2018, providing a source of income growth for the segment.

Although the low level of project approvals in 2017 will not spell a greater level of activity for the offshore market in 2018, the recovery in oil price will likely drive the global revival of upstream projects. Assuming final investment decisions (FIDs) are taken during 2018, it will shape a robust and healthier outlook for 2019.

Meanwhile, the Heavy Engineering segment continues to focus on its efforts on cost management and resource optimisation whilst staying committed to its key strategies which includes strengthening its position in existing markets as well as expansion into new markets. This segment has successfully secured several offshore fabrication projects during the period and this is expected to contribute positively to its revenue in 2018 and beyond.