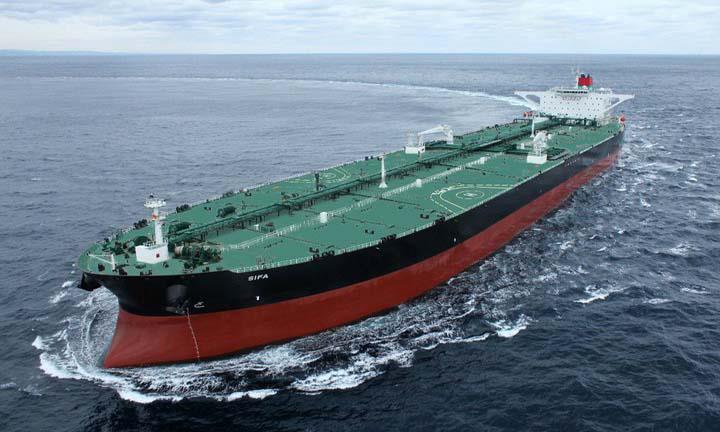 All four vessels will join the AET fleet as part of an ongoing fleet rejuvenation programme and take up charter agreements with leading oil companies.

Guest-of-honour at the Aframax ceremony was Dato’ Ab. Halim bin Mohyiddin, Chairman of AET’s parent company, MISC Berhad; and Godmother to both vessels was Datin Nor Habibah Binti Abdul Wahab, the Chairman’s wife. Also present were some key customers of the Group, finance sector, manning and class partners.

MISC President/Group CEO, Mr Yee Yang Chien, was the principal guest for the naming of the two Suezmax ships, accompanied by his wife, Mrs Belinda Yee, who also participated as Lady Sponsor to both ships. They were joined by representatives from a global energy major as well as the finance sector, manning and class partners.

“It is always a significant milestone in the journey of a shipping company to accept new vessels into the fleet. The four new ships to join AET will replace older tonnage and provide more flexibility for our customers. At AET, we have made a significant investment in a new building programme that allows us to continue offering a young, advanced and flexible fleet to our customers.

The new ships benefit from the latest eco-friendly and energy efficient technology and world-class innovations that is not only positive for us, but also equally positive for our customers, environment and the communities in which we operate.”

As newbuild vessels, all four ships benefit from state-of-the-art environmental innovations to deliver modern energy related maritime solutions and efficient tonnage to customers. The vessels are fully compliant with incoming regulations, including ballast water management, sulphur emission control and the requirement for carbon monitoring, reporting and verification. Each will qualify for the Green Passport notation and benefit from optimised hull design and the inclusion of modern, energy efficient engines and machinery. The optimum propeller design and innovation as well as the use of high specification hull coatings will help reduce fuel consumption further.

The four new ships named this week are part of a programme that has already seen two newbuild LR2s delivered last year, which serve the needs of our global charterers reliably and safely. In addition to these, AET will take delivery of two further Aframax tankers later this year and two DPII shuttle tankers in 2019.

The vessels due for delivery later this year will be two of the world’s first LNG dual-fuelled Aframax tankers. The company has been working on a Green Sustainability Agenda to control the emission of “particulate matters” (PM), sulphur oxides (SOx), nitrogen oxides (NOx) and carbon (CO2). AET is confident that these LNG dual-fuelled ships are the sustainable solution, both in the mid and long term. The two DPII shuttle tankers scheduled to join AET in 2019 will also be LNG duel-fuel. When in operation from 2019, these two ships are expected to be the world’s first LNG dual-fuelled DPSTs and the most energy efficient.

AET’s pursuit of its Green Sustainability Agenda is also consistent with the MISC Group’s Vision and Mission, which calls for the Group “to consistently provide better energy related maritime solutions and services, care for the environment and operate responsibly.”