Greenpeace: Impossible to estimate magnitude’ of the Sanchi oil spill 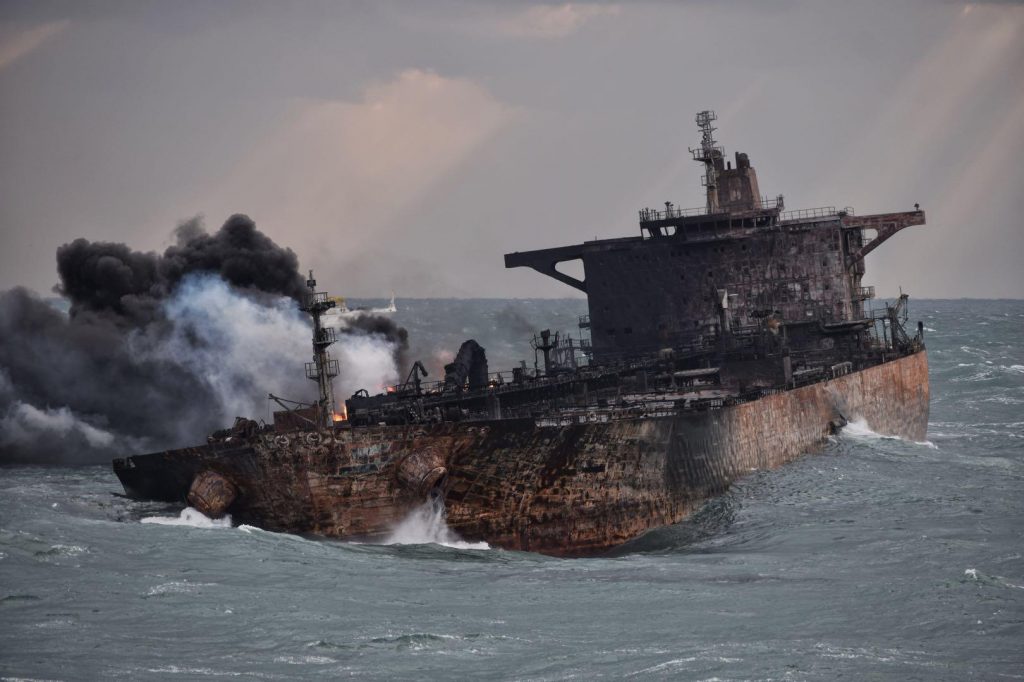 “This is an evolving situation and accurate information about the amounts of oil spilled already and likely to be spilled in the future is not available. It remains almost impossible to estimate the magnitude of the spill and what the potential environmental impacts might subsequently be.”

“The authorities must ensure there is continued oversight of the spill and that a thorough and systematic surveillance monitoring programme is put in place to assess its ecological significance.”

The Sanchi, which was carrying 111,000 tonnes [1] of highly-toxic natural gas condensate from Iran, collided with the bulk freighter CF Crystal on 6 January and caught fire, subsequently sinking in the East China Sea.