Surge in number of accidents in Bangladesh shipbreaking yards 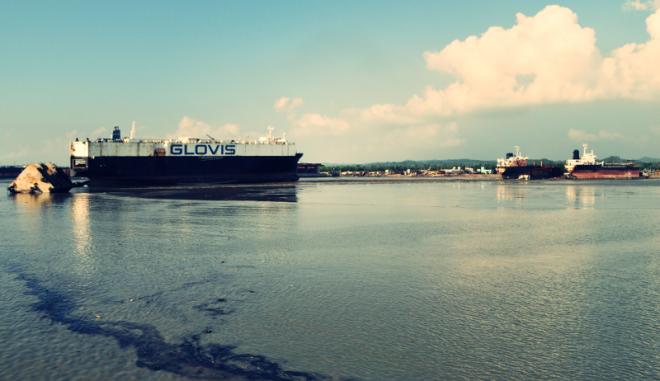 Brussels, 6 December 2017 – Until September the NGO Shipbreaking Platform had observed a decrease in the number of accidents in the shipbreaking yards in Chittagong, Bangladesh. Now however, the accident rate for the three first quarters of 2017 has surged with 8 injuries and 6 deaths recorded in ten separate incidents in the last two months alone.

On 23 October, Jalal, who worked as a cutter man, died struck by a cable at Arafin Enterprise, the yard where the product tanker LOBATO, owned by Petrobras, is currently being scrapped. Despite early warnings to the Brazilian government, the vessel was illegally exported from Brazil for dirty and dangerous scrapping on the beaches of South Asia and arrived in Chittagong in October. Shipbreaking worker Khalil died while working on an oil section of the Indonesian-owned tanker ECHO, beached at Ferdous Steel shipbreaking yard. One more worker was injured in that accident. Mizan, employed by Fahim Enterprise shipbreaking yard, lost his life on 14 November. He fell from the ship LABRI, sold for breaking by the Greek Polys Haji-Ioannou Group, after a fire broke out on the upper deck. Four more workers, who are now supposedly receiving treatment in the BSBA Hospital, suffered injuries due to a fire at Tania Enterprise shipbreaking yard. Moreover, during a nightshift on 4 December, Mojammel suffocated from inhaling toxic gases and then fell, dying on the spot. He was working at the SN Corporation yard on the ship INOX, owned by the Hong Kong-based HNA Group International. According to local sources, Mojammel and his colleagues were oddly sent to start breaking the vessel just a few hours after its beaching.

A local newspaper in Chittagong further revealed that the body of a worker, Harun Rashid, was found lifeless in a pond close to the PHP shipbreaking yard. Harun was a permanent staff member of PHP and was working as cutter helper. According to the attendance register, he was present and on duty on the day he was found dead. Harun’s cause of death has not yet been cleared by the police and, despite having paid a lump sum to Harun’s family, PHP’s representatives are silent about the incident. Still at PHP, another worker suffered an injury to his left leg and has spent the last three weeks in the BSBA Hospital for treatment.

Details on the remaining 2 injuries and the 1 death at the shipbreaking yards are still unclear.

In October, two major accidents also occurred in the steel re-rolling mills that are connected to the shipbreaking yards and where the steel from the ships are re-rolled into steel bars. According to the Bangladesh Insitute of Labour Studies (BILS), on 10 October 4 workers died in GPH Ispat, and less than a week later an accident at SARM re-rolling mill killed 1 worker and injured as many as 9.

“The working conditions in all the Chittagong shipbreaking yards are deplorable. Claims that the situation in the yards has somewhat improved are misleading: workers are still exposed to enormous risks and are killed because of the lack of basic safety procedures and infrastructure”, says Muhammed Ali Shahin, local contact of the NGO Shipbreaking Platform.

Ship owners that sell their ships for dirty and dangerous breaking are now also being brought to court. On Sunday, The Guardian published an article exposing the human costs of shipbreaking in Bangladesh. Mohamed Edris, who also worked at Ferdous Steel, was severely injured in 2015 while cutting the EURUS LONDON, owned by Zodiac Maritime, and is now seeking compensation in the UK courts from the shipping company. It is the first time that an injured worker demands compensation from a ship owner directly. Zodiac Maritime took the commercial decision to recklessly sell the EURUS LONDON to a beaching yard with the only aim of making a maximum profit, thus consciously neglecting the human rights abuses that shipbreaking in Bangladesh entails. This case could set a precedent for other workers who want to bring the ultimate profit-makers of dangerous and polluting practices to justice.

So far this year, 51 out of the total 152 ships that have been beached in Chittagong are owned by European companies. Zodiac has continued to sell its ships to Bangladesh, despite the pending legal case against them, demonstrating that they have no consideration for causing harm as a result of their dirty business. Other big companies, such as Teekay, Berge Bulk and Costamare, have also unscrupulously sold ships to the Chittagong beach this year.