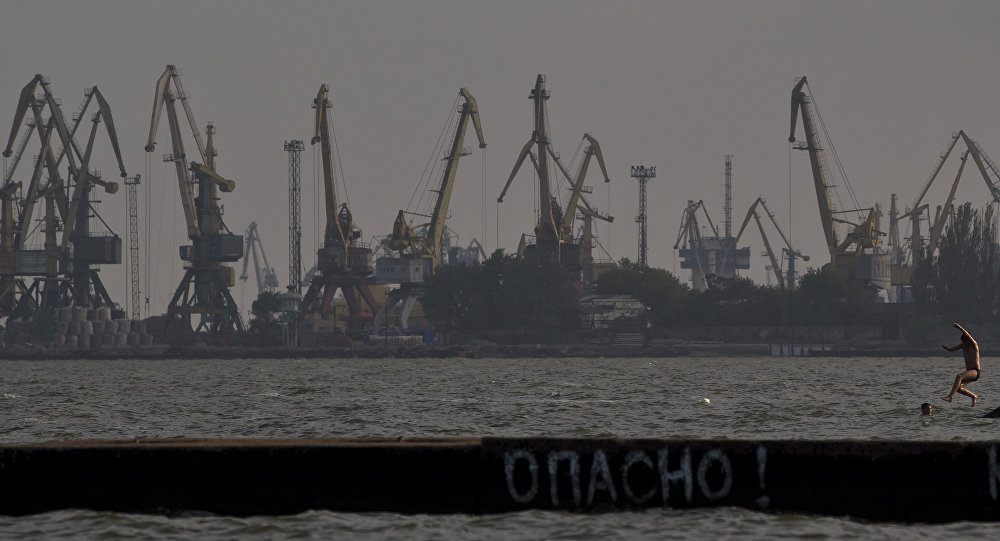 Ukrainian authorities have restricted the work of the Shipping Register of Ukraine, an agency charged with promoting shipping safety, due to its connections to a Russian sister company. Speaking to Sputnik, Ukrainian economist Oleg Soskin complained that Kiev’s decision threatens to destroy Ukraine’s network of shipyards and repair facilities.

Kiev officials have introduced sanctions against the Shipping Register of Ukraine, a classification society engaged in ensuring safety in shipping, navigation, life at sea, the safe carriage of cargo, environmental security, etc. Kiev tied the move to the sanctioning of the Register’s sister company, the Russian Maritime Register of Shipping, which it accused of ‘illegal operations’ in ‘occupied Crimea’.

Before the restrictions went into effect, the agency had also been charged with the technical supervision of the repair of foreign ships at Ukrainian shipyards and dock repair facilities.
Starting on Tuesday, the work of the Registrar has been restricted. Economists have already calculated that as a result, Ukrainian shipyards, which are already struggling from a lack of new orders in recent years, will be completely paralyzed, with a series of previously-concluded repair contracts in jeopardy. The move effectively threatens to close several of the country’s port facilities, with thousands of employees’ jobs at stake.

Speaking to Radio Sputnik, Oleg Soskin, Ukrainian economist and director of the Kiev-based Institute of Societal Transformation, said that the mindless move has already backfired and hit at Ukraine.

“After Crimea became part of Russia, many ships’ owners effectively began working with Russian ports,” the economist explained. “According to current Ukrainian legislation, the owners of the vessels which enter Crimean ports are automatically subject to sanctions. Now the Ministry of Economic Development has decided to impose a blockade on the subsidiary of the Russian Register.”
“But if they wanted to do this, they should have entered into relations with other countries and their maritime registers ahead of time, for example, with Greece, Poland or Croatia,” Soskin stressed. “They would have catered to our shipyards in Nikolaev, Kherson and so on. After all, our plants have contracts [with Russian-registered ships], and someone has to compensate them for the damages. Perhaps Prime Minister Volodymyr Groisman or President Petro Poroshenko should do so from their personal stash.”

The economist also emphasized that serious sums are at stake. “There are 50 contracts today!” Now, all of them are threatened. “Our boneheaded leaders hide behind patriotic slogans, while factually destroying these plants – bankrupting them, so that Poroshenko can buy them up later. I think that’s the main point of this whole venture.”
Radio Sputnik contributor Tatyana Golovanova added that this tactic by oligarchs with connections to authorities isn’t even the worst of the Ukrainian shipbuilding and repair industry’s problems. “The total loss of this sector of the economy is not the worst thing. We are talking about the deindustrialization of Ukraine’s southern regions. After all, a range of contractors – metallurgists, machine builders, etc. work with these plants. This is billions of hryvnia that will not make it into the Ukrainian budget, and thousands left unemployed.”

Accordingly, the journalist suggested, Kiev’s move can be seen as being “no longer about Russophobic politics, but about a carve-up by oligarchic clans. After all, not everything has yet been destroyed and grabbed up in Ukraine. Under the cover of these sanctions, they will be able to do whatever their hearts desire.” / SN

128 ships were sold for scrap in South Asia