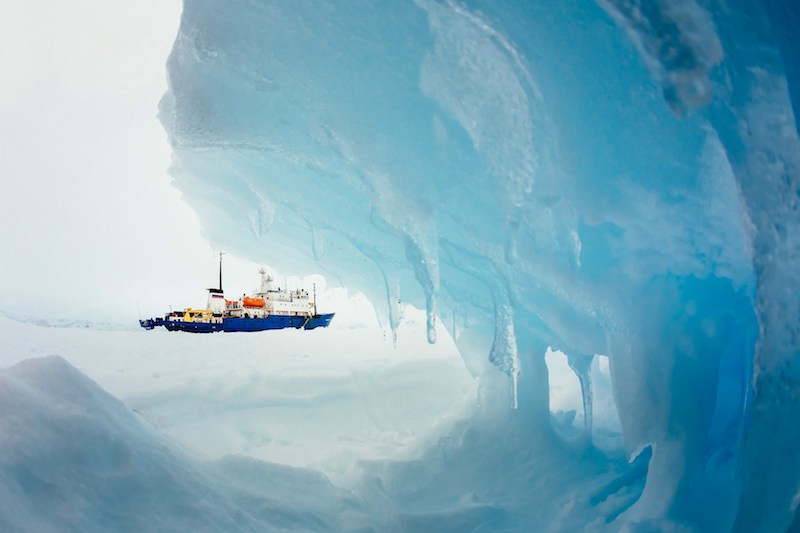 With more and more ships navigating in polar waters, IMO has moved to address international concern about the protection of the polar environment and the safety of seafarers and passengers with the introduction of new regulations that all ships operating in these harsh and challenging waters must comply with.

The mandatory Polar Code, for ships operating in Arctic and Antarctic waters, enters into force on 1 January 2017, marking a historic milestone in the work of the International Maritime Organization (IMO) to address this key issue. Its requirements, which were specifically tailored for the polar environments, go above and beyond those of existing IMO conventions such as MARPOL and SOLAS, which are applicable globally and will still apply to shipping in polar waters.

Trends and forecasts indicate that polar shipping will grow and diversify over the coming years. In the Arctic, commercial shipping can make significant reductions in voyage distances between Europe and the Far East by sailing northern routes, while both the Arctic and Antarctic are becoming increasingly popular tourist destinations. These challenges need to be met without compromising either safety of life at sea or the sustainability of the polar environments.

Ships operating in the polar regions face a number of unique risks.  Poor weather conditions and the relative lack of good charts, communication systems and other navigational aids pose challenges for mariners. And if accidents do occur, the remoteness of the areas makes rescue or clean-up operations difficult and costly.

Extreme cold may reduce the effectiveness of numerous components of the ship, including deck machinery and emergency equipment.  And when ice is present, it can impose additional loads on the hull and propulsion system.

To address all these issues, the Polar Code sets out mandatory standards that cover the full range of design, construction, equipment, operational, training and environmental protection matters that apply to ships operating in the inhospitable waters surrounding the two poles.

Protective thermal clothing, ice removal equipment, enclosed lifeboats and the ability to ensure visibility in ice, freezing rain and snow conditions are among the Code’s mandatory safety requirements. The regulations extend to the materials used to build ships intended for polar operation, and all tankers under the Code will have to have double hulls. From an environmental perspective, the code prohibits or strictly limits discharges of oil, chemicals, sewage, garbage, food wastes and many other substances.

The Polar Code will make operating in these waters safer, helping to protect the lives of crews and passengers. It will also provide a strong regime to minimise the impact of shipping operations on the pristine polar regions. It will be seen as a major achievement in IMO’s work to promote safe and sustainable shipping in all regions of the world, including the most challenging and difficult.

The environmental provisions of the Polar Code apply both to existing ships and new ships.

The Code will require ships intending to operate in the defined Arctic waters and the Antarctic area to apply for a Polar Ship Certificate, which would classify the vessel as either:

• Category A – ships designed for operation in polar waters in at least medium first-year ice, which may include old ice inclusions

• Category B – a ship not included in category A, designed for operation in polar waters in at least thin first-year ice, which may include old ice inclusions

• Category C – a ship designed to operate in open water or in ice conditions less severe than those included in categories A and B.
Before receiving a certificate, a ship would require an assessment, taking into account the anticipated range of operating and environmental conditions and hazards it may encounter in the polar waters.

Ships will need to carry a Polar Water Operational Manual, to provide the Owner, Operator, Master and crew with sufficient information regarding the ship’s operational capabilities and limitations in order to support their decision-making process.

Training requirements
Mandatory minimum requirements for the training and qualifications of masters and deck officers on ships operating in polar waters were adopted by IMO’s Maritime Safety Committee in November 2016.

They will become mandatory under the International Convention on Standards of Training, Certification and Watchkeeping for Seafarers (STCW) and its related STCW Code from 1 July 2018.