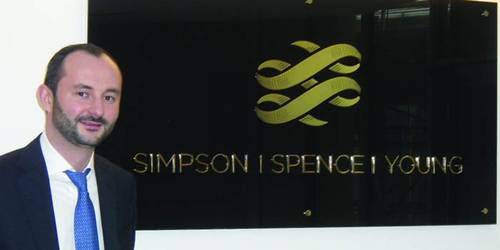 Jekov, 34, has been an Executive Partner of Simpson Spence Young since 2014 and has managed the Oslo office since 2009, after relocating there in 2005. Jekov now has overall responsibility for dry cargo staff in London, Oslo, Zug, Singapore, Hong Kong, Jakarta, Shanghai, Tokyo, Sydney, Melbourne and Miami.

A native of Bulgaria, Jekov moved to Norway as a boy because of his father’s job in shipping in Scandinavia. He went on to study maritime business with maritime law at Plymouth University in the UK before first serving a summer internship with Simpson Spence Young in 2001. Jekov joined Simpson Spence Young full time in London in 2002, always working in the handy/supra market. He became a Partner in 2010 at the age of 28.

The retiring Carlisle joined Simpson Spence Young in 1991 becoming a Partner in 1999 and the Managing Director of Dry Cargo in 2011. Carlisle previously worked overseas as a principal and shipbroker, including three years each in Rotterdam and Hong Kong.

Commenting on the announcement Simpson Spence Young Chairman John Welham said: “Stanko has a well-deserved promotion to head our dry cargo business. He has worked very closely with Mark Carlisle for a number of years and has boundless energy, a keen eye for business and excellent leadership skills. We wish Mark all the very best in his retirement.”