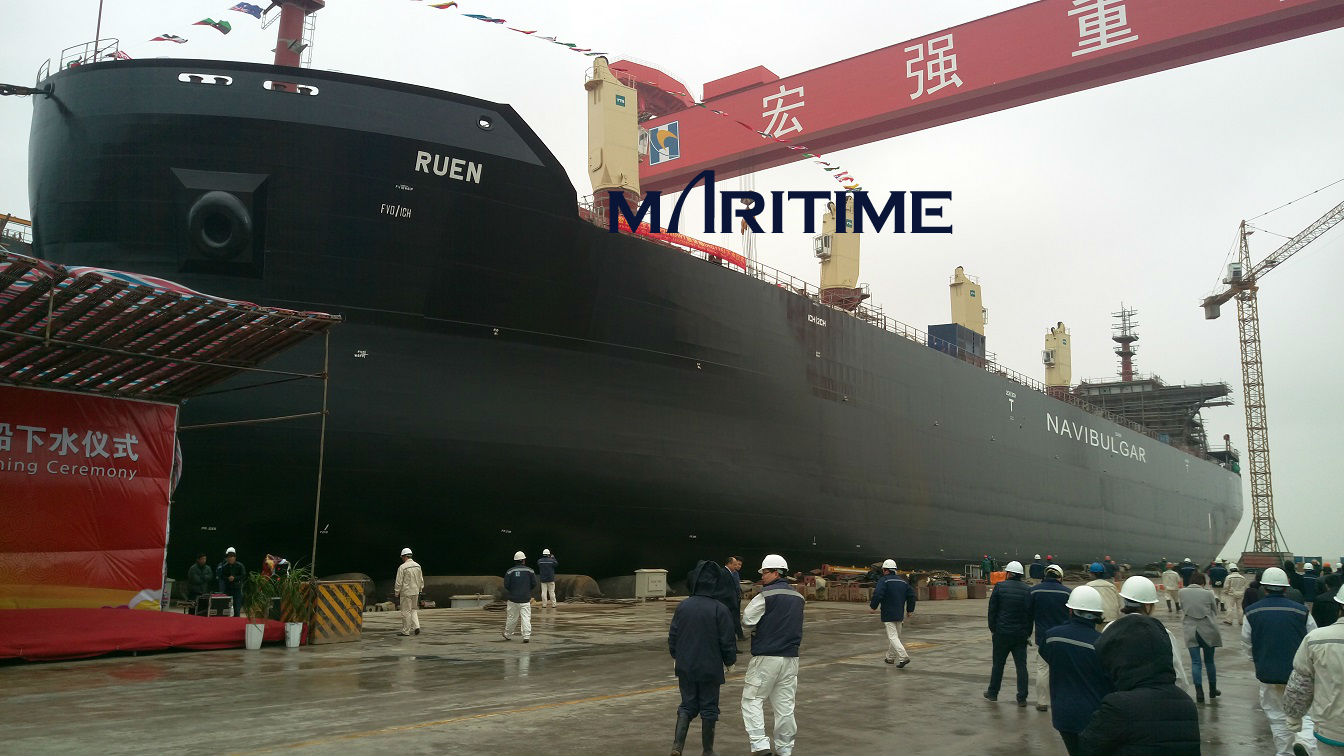 On 8 March 2016 at the Chinese Shipbuilding Yards Jiangsu Hongqiang Marine Heavy Industry, Qidong a ceremony was held for the launching of a vessel under a hull number HQ 135 ordered by Navigation Maritime Bulgare.

The new built vessel to be named Ruen and is the first ship from a series of six modern bulk carriers wherein the Company has invested more than 150 mln dollars.

The CEO of the Company Alexander Kalchev, Master of foreign going vessels, and the Head of the Technical Operation Department Daniel Harizanov were present at the ceremony.

The series of the Ruen type have a new ergonomic and environment friendly design by Foreship on Navibulgar order. They are highly efficient vessels with improved hydrodynamic characteristics which, leads to reduced fuel consumption up to 35% compared to vessels of the same type operated presently by Navibulgar.

Ruen and Her sisters are expected to have relatively low environmental impact. In general the Owner expect to have the daily running cost reduced by 10% with increased cargo holds capacity up to 15%.

The outfitting is bound to be completed at the end of May this year when the flag hoisting ceremony will be held. By the end of this year Navibulgar will receive two more vessels from the same type which will are named Rila and Rojen.

In this regards Navigation Maritime Bulgare continue the tradition to naming vessels after Bulgarian mountains or mountain peaks.
The other three vessels from the series will be delivered to Navibulgar next year.